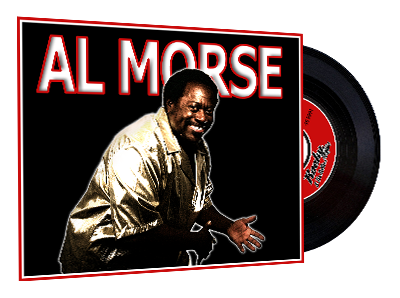 Alvin (Al) Morse was born February 19, 1951 in Sanford, Florida.  He attended Rosenwald Elementary School and joined the school chorus at the age of 10.  In 1968-69 he was the first black student to win 1st place at the predominately white Lyman High School Talent Show in Longwood Florida.

In 1974 Al met Joey Dee “The Peppermint Twist” of Joey Dee and the Starlighters in Altamonte Springs, Florida and was asked to join the band in 1975.  Their first big show was at Walt Disney World with The Coasters, The Crystals and Bo Diddley.  Al also worked many shows with Dick Clark all over United States.

In November of 1982 Al worked in Las Vegas, Nevada with Fabian, Sam Moore, The Shirells, The Diamonds and The Coasters.  Al was asked by Carl Gardner, the founder of the Coasters, “if anything should happen to one of the guys would you be willing to join?  He said excitedly…YES!” After working many shows with Joey Dee, he then joined The Coasters from 1997-2008.  Prior to joining The Coasters, he worked with The Jake and Elwood Show and Revue, sanctioned by the Belushi estate.  Al also performed as Cab Calloway in that show and traveled with them to places like, Australia in 2009 and this past September 2010 to Alaska where they have the Alaska State Fair in Anchorage-Palmer, Alaska.  Al most recently performed for Robert (Kool) Bell of Kool and the Gang at his 60th birthday party at Circa Down town Winter Park, Florida.

Al married after high school to Mary Ann Lewis, together they had five children, Corey, Derrick, Alvin Jr., Michael and Brian.  Musically Al now has found a new home with Rocky and the Rollers. “Thanks guys for making me feel so welcomed!”