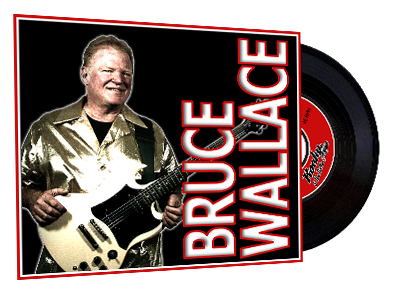 Born in Philadelphia, PA,  Bruce started playing the guitar at age eight. He heard “Traveling Man” by Ricky Nelson and told his mother “Someday I’m gonna play like that!”

As a teenager in Charleston, S.C., Bruce began gigging and played through high school and college. He studied guitar at the University of Southern California, and later graduated from the Guitar Institute in Hollywood, Ca. in 1979.

He toured nationally from 1980 until 1986 before settling in Orlando. From 1987-91, played in the house band at Little Darlin’s Rock and Roll Palace backing up the stars of the 50’s, 60’s and 70’s  on stage, radio and television, including both seasons of Wolfman Jack’s Classic Rock. Since 1991, he has traveled worldwide with several major convention entertainers, and since 2000, as the music director for the Blues Brothers Revue sanctioned by Judy Belushi.